My own definition of marriage is the legal union of a man and a woman. It is pertinent to define it because the world as at now has different meanings of marriage. There is sweetness between a legal union between a man or woman because of many benefits that would be derived in the union. No matter how the degree of sweetness there are some challenges facing any union or marriage, these challenges if not properly managed can lead to divorce. 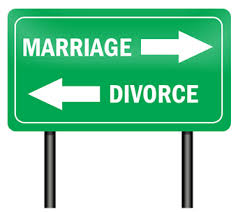 Divorce as a challenge of marriage, though some called marital problem because it puts an end to the existing sweet union. Divorce as a tool that breaks the chain between two lovers are cause by 4As. There are four (4) causes in a marriage that can lead to divorce which are popularly called “4As.” These 4 A’s pose bigger challenges to the stability of your marriage and are also determinants of end-road called divorce.

Adultery is said to be extra-marital affairs. It is a sexual infidelity to one’s wife or husband. It is an objectionable act based on religious, social and moral because the trust of your partner is being betrayed. In some cultures, adultery is seen as a crime as well, but not the case in some Europeans and African countries. Sincerely speaking adultery poses a serious problem within a marriage.

Addiction is a habit of doing something compulsively. It is a disorder that results from use of a substance such as cocaine, heroin, alcohol, or cocaine. It can also come from more engaging in some activities such as sex, gambling, be watching of pornography, continuing these acts become compulsive and interfere with our usual life responsibilities.

Abuse literally mean mis-using, ill-treat or insult but in a marriage it can be verbal, physical, emotional, and also economic. The physical abuse in a marriage is also known as “domestic violence.” Examples of physical abuse are beating, pushing, hitting, pushing etc. On the other hand, examples of emotional abuse is a partner’s level of jealousy is high, maltreatment of your partner, making jest or fun of your partner or withdrawal of affection. However, economic abuse in a marriage is the excessive control of finance by one partner. The

However, economic abuse in a marriage is the excessive control of finance by one partner. The mis-using of the financial aspect of a marriage by a partner to maltreat other partners in misery, making him or she feel fearful, powerless and eventually, make him or her sad or uncomfortable in the marriage.

Finally, the last ‘A’ of the challenges that can end up the sweetness of a marriage is agenda. Agenda in a marriage is a list of things or activities engage in. How will an agenda breaks a marriage? Yes, it will because anything can happen as the marriage grows the partners tend to change too. There would be some new activities that will change you either a personal affair or marriage affair. For example, partners can change after entering into marriage, behavioural and social change which is likely not exactly the same as the day you married. The success of your marriage will depend, in part, on how you adapt to each other through these personal changes.

For example, a partner wants to start a new business or gets employ which might get him or her traveling and be living in another city. How will you adapt to this situation? How will you feel or adapt if your spouse changes to another religion? General saying is that when your agenda don’t match or goes in different lines with our marriage then it might be difficult to manage our relationship crisis to avoid divorce.

On this note, you are advised to avoid these four ‘A’s’ to safeguard your relationship and life span of your marriage.

The 5-minute Guide for the Pretermitted Spouse

How Being Single Can Better Your Life

Marriage Preparation: The Ultimate Way to Build a Strong Relationship with a Partner

This site uses Akismet to reduce spam. Learn how your comment data is processed.

Why Small Businesses Should Adopt a Geofencing Marketing Strategy

Benefits of Learning To Play The Role of An Actor

15 Romantic and Amazing Love Quotes For Your Cute Boyfriend

11 Physical Effects of Stress That Can Affect Your Lifestyle

The Secret To Losing Weight You Don’t Know

9 Ways Businesses Can Use Informational Content To Boost Sales

10 Healthy Benefits Why You Should Quitting Smoking

5 Things That Make Unlimited Happiness To Surround You

Interview With Rosy Omeje: The Brain Behind Rosymeje Blog

ABOUT US
SABTrends is a platform that provides you with amazing contents on health, relationship, motivation, inspiration, business and entrepreneurship. We feed you with realities.
Contact us: [email protected]
FOLLOW US
© SABTrends | 2020
MORE STORIES

How Being Single Can Better Your Life

The 5-minute Guide for the Pretermitted Spouse